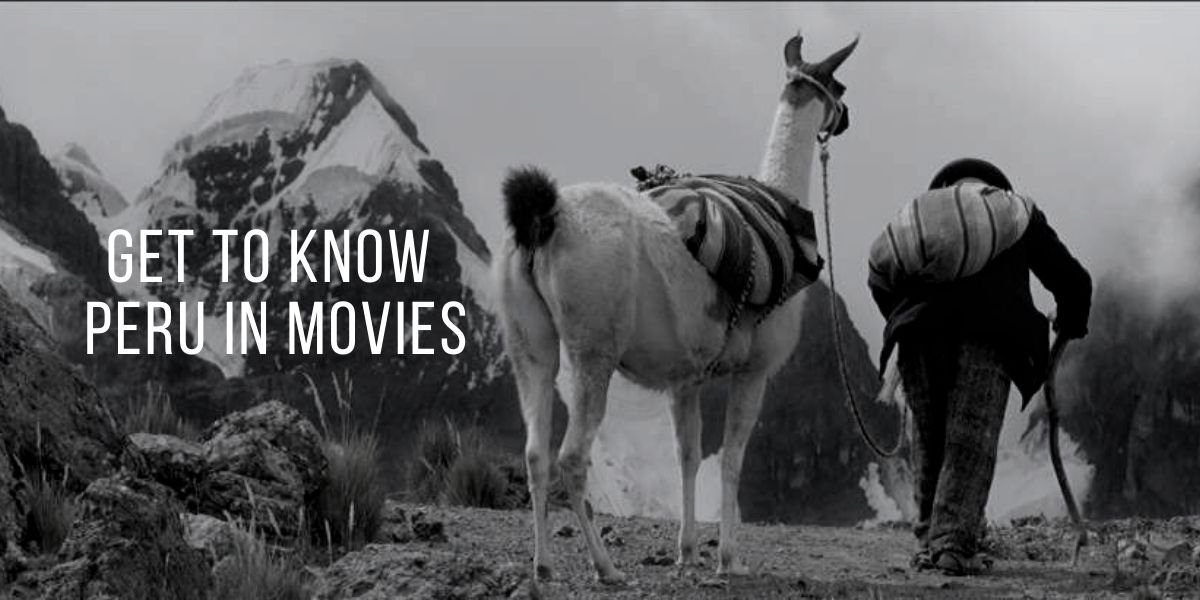 Peru is such a large and diverse country that to get to know it all you would have to take at least a year travelling and venturing into the unknown. Luckily, there is cinema, a good support to get an understanding. If you are seriously thinking of starting to pack your backpack, check this list of movies about Peru to familiarize yourself with what’s coming. And if you know you won’t have the time to come here and see for yourself, then travel through these movies about Peru.

Curious on getting to know more about Peruvian culture? Read our articles on Peruvian Carnaval traditions and the indigenous festival of Qoyllur Riti.

Since Peru has such a rich history, there are several languages spoken. Spanish of course, but also native languages such as Quechua and Aymara. The picture above is from the movie “WIÑAYPACHA“, which was the first ever movie to be produced in Aymara.

In this article, we just took all Spanish movies so you can improve those skills as well! This way you will really get ready for you trip to Peru.

This is the first film by Peruvian director Claudia Llosa, who gained recognition from the public for telling this story in an authentic and subtle way. The movie takes place in the Andes mountains.

The name of the town is imaginary. But the movie was shot in the mountains of the province of Huaraz, where the Andean cold and the very particular traditional culture created the idea for the movie. Madeinusa is a film to remember.

Madeinusa, the name of the movie, was taken from the label of some Made in USA clothing. This phenomenon happens in a lot of places in South-America. The story demonstrates traditions that only are seen in communities whose syncretism have generated fantastic practices.

In this case, in the Peruvian Andes, there is a believe that when Jesus is in the tomb – the hours between his dead and Resurrection – you can basically do whatever you want. Jesus can’t see your sins then, you are untouchable. During this period, the weirdest things happen. Along the way, get to travel through the cold landscapes and unforgettable celebrations of this specific region.

It is not exactly a piece of art, but if you are thinking of traveling to the beaches of northern Peru, it will show you why Máncora is one of the most desired destinations for young people.

In this family drama, a couple of half-brothers from Lima meet after years of not seeing each other. They decide to travel by car to this tropical coastal destination in Northern Peru. The journey has very common elements of road trip movies, such as tourists hitchhiking, typical street food, heavy amounts of partying, conflicts and fights… But this one will also take you to see the beauty of Northern Peru. The waves that makes so many surfers fall in love with this part of the country.

This movie is inspired by the novel of the famous Peruvian author and Nobel price winner Mario Vargas Llosa. This classic comedy and drama movie will you take you deep into the mysterious Amazon rain forest, with its slow pace, heat and isolation.

The story, in short, talks about a captain in the Peruvian army named Pantaleón. He is given the task of implementing a service for the troops under his command – for “las visitadoras“.

He, deeply devoted to the institution, fulfills this duty in a methodical and impeccable way, as it should happen with all the other actions of the army.

While the plot develops between humor, eroticism, love and moral conflicts, the Amazon River will show you beautiful sights and sounds, and also the deep loneliness that those who are not used to the silence you can feel here.

Or in Quechua “Chanka Kachkaniraqmi“, the name of this documentary aims to convey how the different traditional rhythms of Peru are still alive. It demonstrates how they give meaning to life, despite having gone through so many years of neglect and general oblivion.

In addition to giving a musical tour throughout the country, it is also a door to the lives of people who have dedicated their lives to instruments, singing, dancing and history…

People from different regions and cultures of Peru, from the renowned Limeño guitarist Carlos Hayre who is a legend in the traditional music of the country’s coast, to the high-pitched and healing voice of Ronia Wao, a Shipibo woman whose voice intones the shamanic people from Ica she heard her ancestors sing during her childhood.

There is also Susana Baca, one of the most famous ones internationally for her interpretation of Afro-Peruvian music. But there are about 22 other voices that will move your heart.

This film, besides taking you on a journey through some of Peru’s landscapes, will also guide you through surrealistic twists and turns that surround a metaphysical and somewhat tortuous story.

Which one? The story of a filmmaker who is looking for locations for his next project: a detective film whose protagonist is marked by mysterious events that, as they are revealed in the creator’s mind, mix with his own reality to the point of confusing the same viewer. At some times, you may not be able to distinguish which of the fictions he is in.

This is an ideal story not only for travel lovers but also for independent and experimental filmmakers, since it has received very good reviews and recognition both nationally and internationally. Two pieces of advice before watching it: pay attention and be open-minded.

Proyecto Peru is a Language and Volunteer Centre. Check our projects and programmes here!