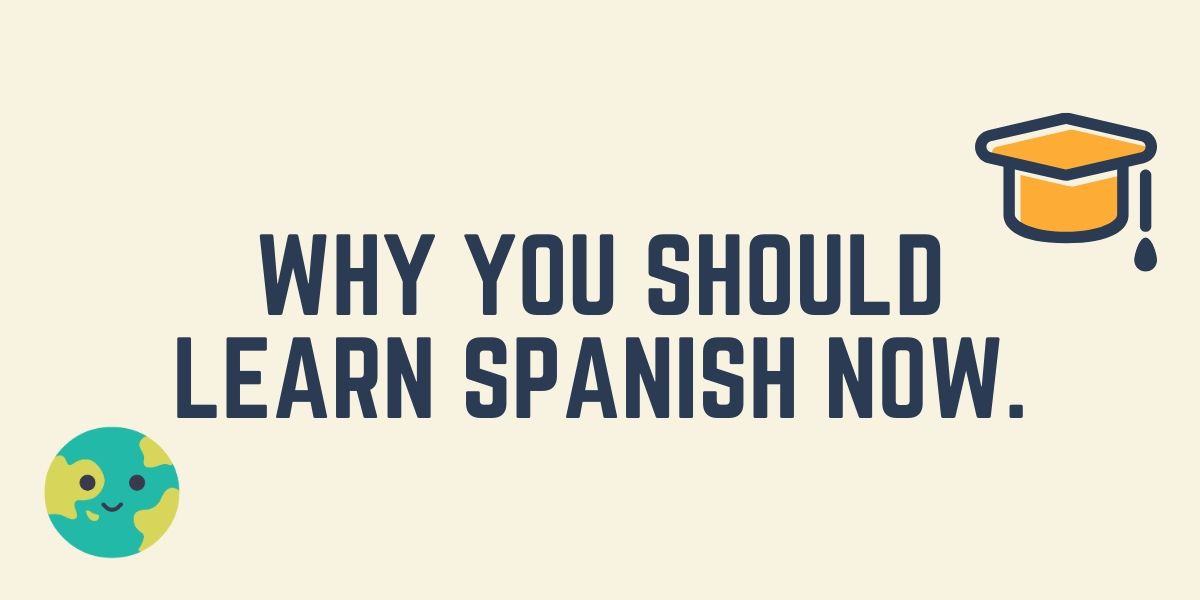 Spanish is one of the most popular languages among language students. It is a language that sounds very sensual, is used a lot and has many other advantages, which makes this language one of the most outstanding options available. Here are seven reasons as to why you should start learning Spanish today.

It is always interesting to learn a new language. It is not only a great advantage but also might turn out to be an eye-opener. To support you, we made a list of these 7 reasons why you should study Spanish.

It is one of the most widely spoken languages

According to statistics, Spanish is the mother tongue of more than 400 million people around the world, equivalent to approximately six percent of the world’s population. As a result, it is officially recognized as the second most spoken language in the world, in terms of native speakers, ahead of English.

It is the official language in 20 different countries and over 550 million people speak Spanish with at least some degree of proficiency. In addition, it is the most popular choice as a second language for Americans and fifteen percent of all residents of the European Union speak it as a first or second language.

It’s a language with a bright future

In terms of popularity, Spanish shows no signs of decline. Quite the contrary: the total number of speakers has been steadily increasing over the last decade. A recent report published by the British Council ranks Spanish as the second most important language to learn for British citizens, surpassing French, Arabic and Mandarin.

Likewise, analysts estimate that the Latino population of the United States will reach 130 million people by 2060. This is predicted to make the United States the country with the most Spanish speakers in the world, surpassing Mexico. This process will further increase the global importance of this language.

It will improve your job prospects

In today’s global marketplace, mastery of a second language can be a valuable asset to both employers and employees. Modern businesses always want staff members who can help them with international trade and the Spanish language is of particular value in today’s situation.

Spanish and Latin countries are growing in significance and companies are trying to access and research these, which means that some Spanish-speaking countries have excellent business prospects. For example, according to Forbes, the Latin American market has now reached a purchasing power of $1.5 trillion, making Spanish speakers more valuable to companies than ever before.

Your experiences while travelling will be a lot better

Traveling will give you one of the most enriching experiences you can have. Moreover, the quality of the experience will be significantly improved if you are speaking Spanish. The list of countries where Spanish is the predominant language includes such popular destinations as Spain, Mexico, Cuba and the Dominican Republic.

Although it is perfectly possible to enjoy a vacation in a Spanish-speaking country without knowing the language, this will limit you in terms of the places you can visit and the people you can communicate with. In general, those who cannot speak the language will have to limit themselves to visiting tourist areas, which often means missing out on very important aspects of a country’s culture.

You can work or study abroad

While taking a trip is exciting in itself, learning Spanish will give you the chance to work in a Spanish-speaking country and study at an academic institution in those countries. Leaving your comfort zone and spending long periods of time in a foreign country can help you develop professionally and personally.

There are probably aspects of a country’s culture that cannot really be appreciated during a short term trip, but if you live in the country, you have more time to explore, talk to the locals and discover the real character of the place. With your stay abroad, you will have great memories and improve your resume.

Spanish is relatively easy to learn

Compared to many other languages, Spanish is fairly easy to learn, provided you are willing to make the effort. In most cases, there is no need to learn a new alphabet and there is less emphasis on tone than in many of the Asian languages.

Actually, English has many words that are derived from Latin, just like Spanish, which means that some of the words are similar. In addition, Spanish words are spelled phonetically, which means less time is wasted learning complicated and confusing spelling rules and a better chance of pronouncing them correctly.

Spanish will open new doors for you

From El Mariachi to Motorcycle Diaries and Pan’s Labyrinth, many of the most important films of the last 30 years have been produced in Spanish and, although they are available with English subtitles, watching these films in the original language is the best way to enjoy them.

Of course, some of the best Spanish-language movies and TV shows are not available with subtitles, so learning Spanish will open the door to a whole new range of entertainment. The same principles apply to other art forms as well, as Spanish language literature is considered one of the best in the world. Mastering this language will also make Hispanic books or music more accessible.

Proyecto Peru is a Volunteer Centre and Spanish School located in the historical center of Cusco. If you are interested in learning Spanish you should definitely take a look at our individual and group lessons with Cervantes certified teachers.

Article translated and edited from Lingoda.