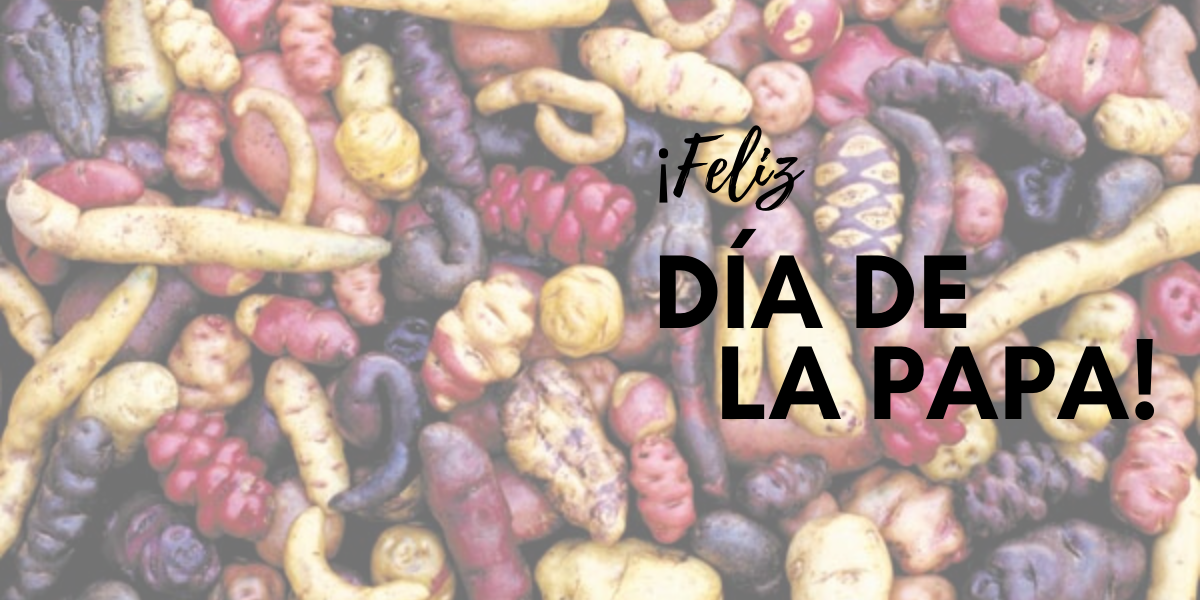 On 30 May, the southern Peruvian city of Cusco is entirely dedicated to the ‘papa’; the potato. With more than 3,200 different types of potatoes, Peru is the destination for potato lovers. In terms of diversity and numbers, the Peruvian potatoes are world-class. Every year, Peruvians celebrate “La Día de la Papa”: National Potato Day.

Peru has a large history with the potato. The ‘papa’ has always been a main source of food in the history of Peru. The potato is of huge culinary, cultural and economic significance for the country. According to DNA research, all potato species originate from a single plant in southern Peru. It was even said that the Peruvian potatoes could prevent a food crisis due to climate change, since the potato can grow at different altitudes.

In the surroundings of Cusco alone you will find about 1.200 species. That’s exactly why it is such a festivity in Cusco that day. During ‘Día de la Papa’ various parades and festivities take place which of course have to do with Peru’s national pride, the potato.

Peru is South America’s leading potato supplier: small or large, soft or hard, you can find them in all textures, colours and sizes. Because the potato has played a very important role in both Peruvian gastronomy and export for centuries, the Peruvians have created ‘Día de la Papa’. In addition to various festivities, Inca Rail* offers travellers the opportunity to visit a number of local potato farms in the Cusco area and taste the diverse flavours of the region.

History of Day of the Potato

The potato was first cultivated about 8000 years ago in Peru and Bolivia. Potatoes were the main source of alimentation for the Inca Empire and most of the Mapuche.

The potato was introduced to Europe in the 16th century by Spanish Conquistadores. It is said, that Diego de Amalya took the first plant from Peru or Chile in 1536. Since then it has become one of the world’s most important vegetables.

The ‘Day of the Potato’ was established by the government of Peru. Its main role is to make people aware of the importance of sustainable agriculture and the responsible use of natural resources.

Visit Potato Park during the Day of the Potato

Located in the Sacred Valley, near Cusco, you can visit ‘Potato Park’. The name makes it sound like a theme park, but nothing could be further from the truth. The 10,000 hectare ‘park’ is in fact the region where the potato originally comes from. Here, the deeply rooted local food systems of the Quechua population are demonstrated. If you are looking for a themed activity for the Day of the Potato, this is your go to.

The inhabitants and farming villages you can find here are supported by biologists and agricultural engineers who work to protect and improve the local food production. All to conserve the agrobiodiversity. Next to that, the park promotes rural tourism. Apart from potatoes, other Andean crops are produced here, such as, olluco, beans, corn, quinoa, wheat, tarwi, mashua and oca.

In this park you can discover Peruvian farming in the Andes and learn all about the traditions, gastronomy and the ancient connection with nature. Lovers of agriculture and gastronomy, as well as culture and nature, are in the right place in Potato Park.

The Role of the Potato in Peruvian Gastronomy

Peru’s gastronomy always tastes like more, but you already knew that. There are so many various dishes and surprising recipes. No wonder, the country has won the World Travel Award for ‘Best Culinary Destination in the World’ for six years in a row. I mean, it’s for good reason.

The fact that the potato plays a huge role in this gastronomy is probably not very surprising after reading the above information. Especially in the highlands, it is impossible to imagine a dish without their beloved potato.

There are some dishes you can simply not miss during a visit to the Potato-Country. You should simply try all of them, as they are equally delicious!

Try one of these dishes on the Day of the Potato:

Proyecto Peru is a Spanish school and volunteering centre in Cusco, Peru. Do you want to immerse in the Peruvian culture? Visit our website and start your journey.

Article translated and edited from Verkeersbureas.