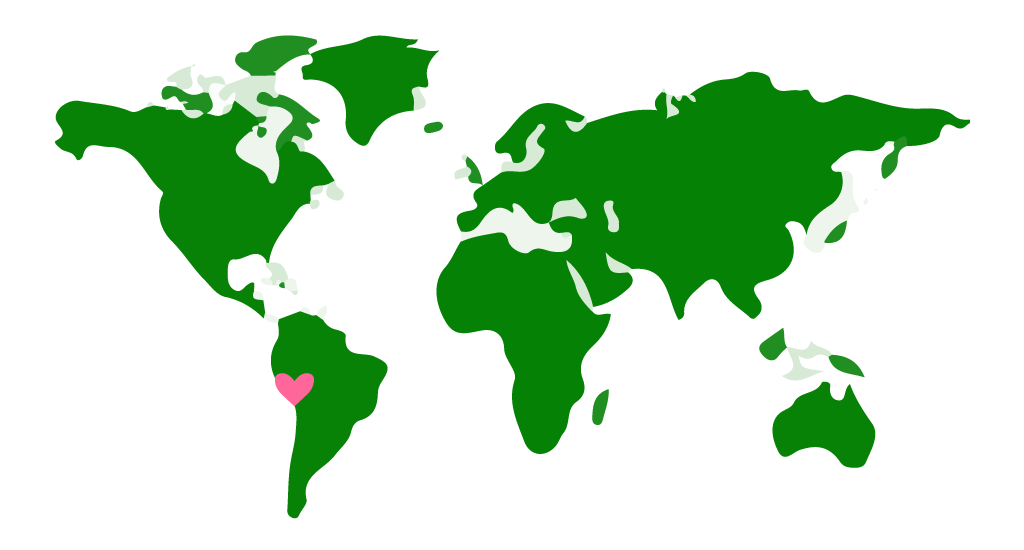 Peru is located in the central part of South America along the west coast. It covers 1,285,215 square kilometers and has a population of nearly 30 million. Peru's inhabitants are mostly of Andean decent in the highlands and mixed-blood "mestizos" on the coast, blended with a hefty influx of Spanish ancestry.


Peru is dotted with a vast and varied geography. It features 28 different climates and contains 84 of the planet's 103 ecological zones. Its territory is split into three natural regions: the coast, a narrow swathe of desert coastline, which is home to Lima and most of Peru's main cities; the Highlands, which feature breathtaking mountain landscapes and picturesque villages; and the exuberant Amazon jungle, teeming with a dizzying variety of animals and plants.

What is the main language of Peru?

The official languages of Peru are Spanish, Quechua, and Aymara. Spanish is the most widely spoken language in the country, while Quechua and Aymara are spoken more in the Andes and remote areas of the country. Peru is also home to 47 indigenous languages, four in the highlands and 43 in the jungle area. Out of all these languages, Quechua, Aymara, Asháninka, and Awajún are the most used.

How is the weather in Peru?

Peru is located in the equatorial part of South America, but the weather in Peru does not match its location. This is because of two reasons: the Andes range and the cold current of the Humboldt, which is also called the Peruvian current.

The weather in the Peruvian coast is, in general, mild, warmer in the north and colder in the centre and south. It doesn’t rain on the coast, with exception of the north, which presents heavy rains in the summer. Lima and Arequipa might get some drizzle in winter.

What can I expect from the Peruvian culture?

Peru is a country with more than 10,000 years of history. This makes the country rich in culture and traditions. Peru has gained worldwide recognition for its delicious cuisine (Lima alone has three of the best restaurants in the world), its archaeological complexes, and nature reserves.
Peru, without a doubt, is one the most varied countries in the world and it is well worth a visit.

What about Peruvian cuisine?


The coast features more fresh and fish-based food, such us the popular Ceviche. Whereas in the highlands, you will see more potato-based dishes, as potatoes grow in the highlands (Peru alone has around 3500 types of potatoes). You will also find the popular cuye (Guinea Pig) here.

In the jungle you can find more fish-based food sourced from the rivers as well as a rich plant-based diet. Peruvian cuisine has been influenced by different cultures throughout the years, such as the Chinese and African cultures. This you can see this in the popular “Chifas” that are everywhere in Peru and in dishes like carapulcra, sopa seca, chanfainita, or anticuchos.

What’s the main religion in Peru?

This country is also full of traditions, festivals, and beliefs. Peru’s main religion is Catholicism as the Spanish brought this religion when they arrived in 1532. However, you can see people practise different religions, like Christianity, Hinduism, and many more.